I’ve done it in some unusual locations — the backseat of my car, public restrooms, even a department store fitting room. I’m not proud of it, of course. But, at the time, it seemed like I had little choice. I could either choose a somewhat private, secluded spot in public to do the deed or be forced to face the looks.

The looks of disgust. Those ogling eyes. Those under-the-breath comments. Those shifty, uneasy looks that made me want to stand up and yell, My son is having lunch. Is that really so repulsive?!

But, I never did muster up the courage to stand up.

Instead, I struggled to keep a blanket over his head. Each time, he would pull it down, eyes wide with excitement as if to say, “Are we playing peek-a-boo, Mommy?”

Instead, I would turn around with my back to the world. Except that there wasn’t always a wall to turn to.

Instead, I took my son to have his breakfast in a 3’x3′ airplane bathroom because my economy seat neighbour was already quite annoyed by my child’s presence.

Instead, I always stayed within a stone’s throw away from home. So, when his eyes searched for his next meal, I would hold my hungry baby close to my chest whispering in his tiny ear, Mommy will feed you in a minute sweetheart. We’re almost here. But, sometimes, ‘here’ wasn’t close enough. Which is how we ended up in restrooms, fitting rooms, and the like.

The informative prenatal classes, the beautiful mother-baby posters adorning delivery ward walls, and the slew of pregnancy books all seemed to paint a perfect picture of nursing. One that was void of ignorant remarks and disgusted looks.

And, for that, I am ashamed.

Nursing was one of the most beautiful bonding mothering moments I have had the joy of experiencing. It is a shame we live in a world where society does not acknowledge breasts for their real beauty — providing immunity-boosting, nutrition-rich milk for babies. Breasts are sexualized as infamous objects of desire, while their real purpose is seen as shameful. Showing cleavage in a bikini won’t command looks of repulsion. Latch a baby on that boob, and all of a sudden it is an obscene image, seemingly unfit for a public venue.

What is even more saddening is confident, assertive women like myself are finding themselves in similar situations — holding their hungry babies in search for a secluded spot to nurse. The ludicrosity of society’s misguided notions are graphically depicted in North Texas’ recent ad campaign.

The ad reads: “Would you eat here? By law, breastfeeding mothers are not protected from harassment and refusal of service in public, often forcing them to feed in secluded spaces such as public bathrooms. To help take a stand, visit whennurturecalls.com, because a baby should never be nurtured where nature calls.” While campaigns like this are a reassuring step forward, we are still far from a world where breastfeeding mothers are supported, not shamed.

There was so much I was unsure of as a first-time mother, and public breastfeeding was one of my many uncertainties. If I could go back to the first year with my baby, I would do things much differently. Now, when I walk by a mother breastfeeding in public, I almost always give her a look. It’s a look of support, encouragement, and admiration. I want to say to her, I wish I had been as brave as you. I want to tell her she is an amazing mother for putting her child’s needs above everything else. But, most importantly, I want to tell her that her seemingly simple act is the fuel for change; a source of inspiration and courage for those less brave, and a valiant voice in the face of ignorance.

I want to tell her, that given another chance, I want to be just like her. 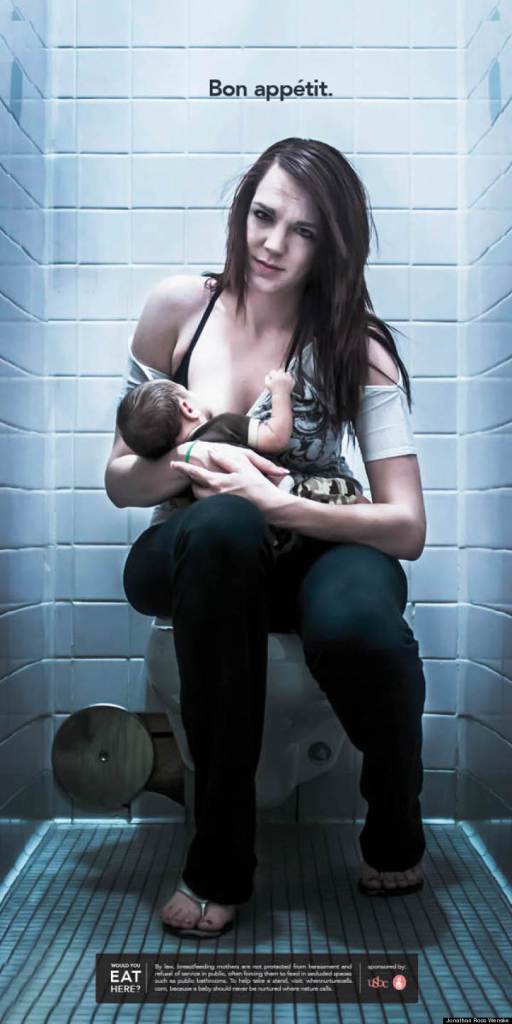 Anjali Joshi is a science educator, author, and lifelong learner. She is mom to two curious boys who keep her on her toes! View more posts